Stefan James is not your average sixteen year old.  First of all, the guy looks like he could be in his early twenties, and secondly, acts likewise.  Yet when he opens his mouth to belt out a song you can easily imagine every teenage girl around the world falling for his breathy tonality.  Comparing him to Justin Bieber might be an insult to James.  In the looks department the parallels are certainly present, but musically Stefan is unique.  He is not afraid to take risks vocally, and adds his own embellishments where he sees fit– and it works.  He is the real deal.  Insert next cliché here…but all kidding aside, he really is.

When I first meet Stefan James at the Blue House sound stage, I am immediately greeted by a confident, cool, crooner.

I introduce myself and ask if he minds me watching the shoot.  Unfazed, he replies of course, and goes back to his phone.  When his manager and father enter, Stefan remains calm and collected, adding aloud to the group that he’d like to watch a scary movie in the evening when the shoot is over.  Quickly, I scan local theaters for potential horror films that might appeal to the artsy type.  Artsy may be too stereotypical a word to describe Stefan, for he is anything but stereotypical.  Layers of tattoos across his body at first make him come across as the tough punk type, but I quickly realize there is a sensitive side that allows Stefan a heartthrob demeanor.  Focused on nailing the vocals, the first song up for James is the national anthem, one of the most challenging songs due to range.  I find myself holding my breath during the tricky passages, but Stefan fearlessly rises to their challenge and, as corny as it sounds, I am overcome by the urge to break into applause.  Then I am told Stefan tries his hand at a pop song he has recently been working on, of which I am not allowed to reveal anymore.

As stated before, Stefan is ready for the big time, and he has the assets to back it up– a strong musical sense and quality pipes.  The following day Stefan meets up with Timbaland to record another track, and anyone can tell this is only the beginning of his path.  Personally, I expect good things to come for Stefan James and his team, and hope he enjoyed the scary movie I recommended. 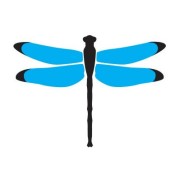